I’ve always had music running through my head, regardless of whether the radio was on or not. I never realized that some people (probably the majority of the sane ones) don’t have this problem. It finally dawned on me when I was in my late 20’s. For some reason I kept asking the same friend, “What song do you have stuck in your head?” To which the reply would come, “I don’t. Freak.” Actually, she didn’t call me a freak. But it was totally implied in her tone.

It was a stunning revelation to me. What do you hear in your head then? Surely not SILENCE? That would be…well holy cow, that would be refreshing.

But this, sadly, will never be. My brain is wired to have a constant soundtrack running from the moment I wake up until the moment I sleep again. Sometimes it even carries over into my dreams. Sounds exhausting, doesn’t it? Sometimes it is, but to be honest I mostly don’t even notice it. Usually I can tune my inner DJ to what I like. But there are a few special songs (and by “special” I mean “from hell”) that can make me weep because they just won’t leave me alone.

1. Any of the Music from Les Miserables

When I was 20 I went on a study abroad tour. While in London my friends and I saw the stage production of the musical Les Miserables. I bought the double disc original cast recording and listened to it a lot over the next few years. It was especially good for that three and a half hour drive between college and home. I could listen to the whole thing without interruptions, and really belt it out in what I am sure was a total crackballs voice. I was in concert choir in high school but I have one of those voices that is good in a group but should never ever solo. Ever.

A few years ago when the movie version of the musical came out I took my mother to see it, and the music all came back to me. And then it lived in my head for, I kid you not, a fucking month and a half. There was so much of it that my brain could jump around from song to song, motif to motif, and never, never, ever stop. And the volume and intensity kept gaining over that month and a half until I was sure everyone could hear it blasting through my brain case at top volume. In Spinal Tap terms I was at 11.

The Barenaked Ladies are true bubblegum – poppy, quirky, and often humorous. But every band writes a clunker once in awhile, and this one was a massive, steaming dump left in the middle of their album Stunt. When you think about it, it is really difficult to write a terrible song. Mediocre is easy, but to truly descend into song hell you have to strive for it. Mission accomplished: it has that perfect balance of an inane, repetitive tune paired with banal lyrics about drunks. Yippee. Let’s get that one on the hamster wheel, shall we?

Sometimes (sometimes???) my brain does a funny thing: It will take the musical bridge in a song and then segues into what it considers a similar bridge so the earworm is segmented. (Like an earthworm, but more disgusting.) It starts you out with one song and then seamlessly blends into another, so you don’t even realize you began with Barenaked Ladies “Alcohol,” and end up with Guns N’ Roses “Dead Horse.” Sound impossibly incongruous to you? Not for this wing nut.

“Sometimes I feel like I’m beating a dead horse, 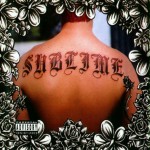 This one has truly driven me to the brink. I wasn’t all that fond of it when I first heard it back in my college days, and when it started to burrow, I realized I grew anxious listening to the radio, as even the first few notes of the intro could embed itself, boring holes in my gray matter until I was a screaming, frothing wreck. The worst part is that I can’t even understand what the song is about. Bradley Nowell, (who died of a heroin overdose in 1997) wrote the lyrics deliberately cryptic. I fucking hate cryptic. Just say what mean, asshat. It doesn’t make you deep, or clever, or mysterious, or sexy, or more interesting when I can’t understand you. It just makes you an asshat.

Da-DUM, Da-DUM, Da-DUM… such a simple little tune, just a few notes. Sometimes these are the worst because they are so perceptively small. The tiniest of earworms, no bigger than a dust mite when it goes into your head, and feeds on your sanity until there is nothing left in your skull but an engorged, twenty-foot long behemoth that weighs forty pounds and burps wetly as it digests what was once your brain. Soon to be worm poo.

6. “You’re the Inspiration” by Chicago

Anyone who knows me understands that I loathe bloodless music. Sappy lyrics, trite sentiment, and wimpy orchestration leaves me wanting to slit my wrists. During Desert Storm they blasted Poison over loudspeakers at the enemy to drive them crazy. Chicago, John Tesh, or Air Supply would make me surrender unconditionally just to Make. It. Stop.

I wasn’t even sure what the trigger was at first, but I knew I had it in my head after every phone conversation. What the hell was that about? Then it hit me: my ringtone! Ringtones, as you can imagine are the bane of my existence – a soundbite of music on repeat, a ready-made device of torture. I thought I had circumvented that problem by not using actual music for my ringtone: wind chimes. Great idea, right? But what if the first six random notes struck by those chimes sound almost exactly like the guitar intro to “You’re the Inspiration”? One wouldn’t necessarily notice, given the different mediums (chimes vs. guitar) or the key change. I’m still looking for a non-obnoxious, non-musical ringtone. If you have any suggestions, please let me know, but for God’s sake, text me, will you?

I don’t even have to explain this one.

8. “The Hook” by Blues Traveler

One interesting thing about me (I’ll tell you the other one at a later date) is that I married a man eighteen years my senior. We are disgustingly compatible except in two areas: politics and music. As far as music is concerned he is a snob that only listens to Classical. I admit this has been a very good thing for me–I have become acquainted with Brahms, Bizet, Smetana, Elgar, St. Saens, just to name a few favorites. But when it comes to me sharing music with him, he is totally uninterested. I can probably count on one hand the times he has actually listened to a song that I chose.

One of these instances happened just last week on vacation. We were talking about writing and the art of hooking a reader in the first few pages. This made me think of pop songs and the hook all the successful (earworms) have. Which obviously, brings me to Blues Traveler. Their song is ironic and funny, and goddammit, I haven’t been able to shake it since.

The worst part is that I don’t actually know all the words and my brain is making up placeholders. For example, in the middle of this particular song is the line:

which I can’t quite seem to remember and my brain makes it:

And then, the HOOK BRINGS ME BACK. I ain’t tellin’ you no lie.

9. “Spiderwebs” by No Doubt

I don’t mind No Doubt or Gwen Stefani all that much. But this song in particular is one that can be stuck for days, and usually not the lyrics… just the peppy little ska intro. Just that little bit. On continuous loop. All my waking hours. For days on end. Kill me.

And finally, a completely instrumental song. The Tornados recorded Telstar in 1962.  I must have been in elementary school when I first heard it, and I thought it was about the coolest thing ever. It sounded like a Disney-fied version of what outer space should be.

To be honest, I forgot about it for decades. And then… my husband and I were binge watching Mad Men, and one of the episodes (Season 2, Episode 10, “The Inheritence”) closes with this song. While I still totally dig this song, after being set on repeat for, oh, 500 hours, it wears a little thin. Still, I’d take it over any of these others.

So there you have it. You now have the ultimate power to send me to the loony bin if you choose. There are some less than kind people out there who find my earworm affliction entertaining. I have actually had people try to plant things in my head for their own amusement. Those people are now dead.

One thought on “Shrieking Ear Worms”