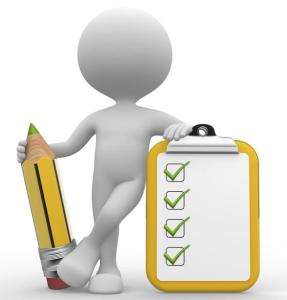 As 2016 draws to a close I think a lot of us take this time to reflect upon what we accomplished in the past year.  I know this was a tough year for a lot of folks, especially those of Generation X, who lost a lot of icons this year like David Bowie, Prince, George Michael and Carrie Fisher. We knew Bowie was battling cancer so it wasn’t a true shock when he passed, but the other three? Oy. Having grown up in the Minneapolis area, Prince was especially a knife to the heart. I think of all the amazing things he never got to accomplish because he died too soon.

And then of course was the election. I’m not one to talk about my political opinions in public, but I will say I have never seen such an ugly, divisive battle. It was truly heinous to watch. Although not having broadcast TV spared me from the political ads. I wish I could say I was hopeful but I have real concerns about the future of this country and the world.

However, I think it is wrong to say that 2016 was a dumpster fire of a year. On a personal level I had some really good things happen. I finished the first draft of my third novel. Now in 2017 I will begin the revision process and I hope to have something ready to go for my agent in the next few months.

I also had a revitalization at work. I’m not going to lie, I’ve been a Reference Librarian for nearly fourteen years and working with the public has begun to wear me out. But I found a new project on which to work that has me extremely excited. I’m pitching the idea to my director a week from today. If I have her blessing I’ll share more about it then.

I took an amazing trip this summer with my husband. We saw Austria, Germany, and France, spent time with great friends, and drank lots of good beer. We nearly killed ourselves on the 700 steps inside an ice cave, visited the crypt at St. Stephen’s Cathedral in Vienna, saw Mozart’s birthplace, took the Nightwatchman’s tour in Rothenberg, drank schnapps, saw the graves of Richard the Lionheart and Eleanor of Aquitaine, toured Brittany, and climbed to the top of the world at Mont St. Michel.

Some not so great things happened as well. My Dad had triple bypass surgery while we were on vacation. Thankfully Pop has made a full recovery and is doing very well. Mom is still struggling with her health and there isn’t much hope for improvement. Adjustment has been hard for all of us but especially for her. She gets frustrated because she can’t do everything she used to. I can’t blame her, I would go mad.

And of course the biggest hurt this year was that my book didn’t sell. But I am hopeful and excited about my new novel. Think of it as a mashup between Pride and Prejudice and X Men. I’ve had a ridiculous amount of fun writing it and I am looking forward to rolling up my sleeves and digging into revisions. I’m going to start tonight with reading the book through in its entirety and make notes as to what needs attention. Then my husband and I will go through, chapter by chapter and fix things. It’s going to be a long process, but ultimately so rewarding. I’m anxious to get back in the game.

I could never blame a year for being bad. The way I see it, I had another trip around the sun and got to do some amazing things. I look forward to the next year with optimism and hope you do too. No matter our opinion of the state of the world we all need to move forward and make the best of our situations however we can. I hope you’ll join me in celebrating 2017. It’s going to be a great year.

One thought on “Taking Stock”