How long has this been going on? Six weeks or so? It seems so long ago and yet like it was just yesterday that my job shut its doors to the public.

You know I’ve been dealing with anxiety. But I’ve been taking steps to take care of myself. Herbal tea instead of coffee, guided meditation at least once a day, I stopped looking at the numbers and most of the news. And above all, I’ve been receiving the acupuncture treatments. I don’t feel great, like my old self, but I do feel a marked improvement. I have more concentration at work, and I ordered some yarn to start knitting again.

The one thing I wish I could get my head space wrapped around was writing. I stopped my novel (which I am 90% finished with the first draft) on March 8. And I’m just too wound up, too unsure of myself to get back into it again. I can feel my breathing ratcheting into the bad place even as I write about it now. It scares me for some reason.

But we have to remember that this self-quarantine is not “time we have been given” to do something great. A horrible thing is happening to our world and we can’t be expected to just shrug it off and write the Great American Novel. There’s a legend that Shakespeare wrote King Lear while he was locked up during a plague quarantine. It may or may not be true, but if it is, his name was Willpower, not William Shakespeare.

I want to finish with a quote from one of my favorite guys. Most people know (I hope?) that Calvin Coolidge was President of the United States from 1923-1929. He was taciturn, maybe a little grumpy, but had some interesting things to say. He was rational, he spoke carefully, he took the measure of things before jumping into the fray.

He had this to say about persistence: 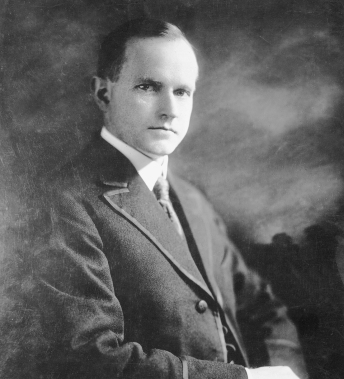 “Nothing in the world can take the place of persistence. Talent will not; nothing is more common than unsuccessful men with talent. Genius will not; unrewarded genius is almost a proverb. Education will not; the world is full of educated derelicts. Persistence and determination alone are omnipotent. The slogan “Press On” has solved and will always solve the problems of the human race.”

He also said, “Four-fifths of all of our troubles would disappear, if we would only sit down and keep still.”

Perhaps our current president could take some advice there.